What does a world do in the face of a disaster like 911?

Awakened in the mourn

How could it be?

Screams in the smoke

Place them on hope 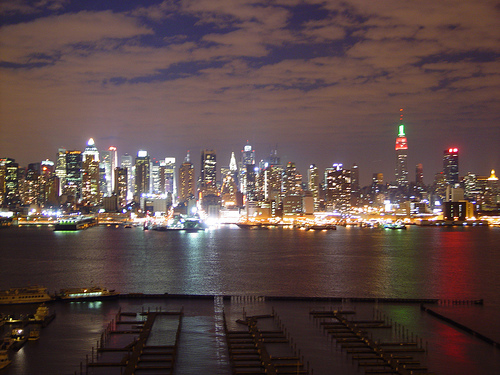 It was a big night

in the Big Apple ~

the city that never sleeps.

Dressed in their “starving poets” best

standing before a crowd of illustrious people

what would they say?…

“Thank you” for recognition of a community of poets ~ artists…

….”this is for the One Stop Poetry community which we proudly represent.”

The non fiction is several of the One Stop Team will be converging on New York in less than 48 hours. The fiction is whether we will be chosen by the Twitter Academy or not. Stay tuned.

Join us for G-Man’s Friday Flash Fiction extravaganza – hosted by the man who purportedly Knows it all!!!

We heard your cries

many of those candles

We will never forget

Our hearts go out to those whose candles were extinguished on that fateful day.

May we never forget those lives, those loves.

Thanks for the Shot of the Candles

Thanks for the Twin Tower Shot

I have decided to try something new for this blog. I’ve been a storyteller since I was 8. Children loved sitting and hearing me tell a story before bedtime or a nap or just in-between something. I’ll try it with older kids and see what happens. Worst case I’ll create a story section for you to read to your children.

The Boy and The Stick

This story takes us back to a time that was simpler. Noises outside weren’t drowned out by motors and the air was still clean to breathe. Children played outside and made up games with a ball and a stick. We enter our story in the middle of a field with the boy, the stick, and a dog.

All boys will tell you that their imagination can get the better of them when they have a stick and a ball. Jessie’s imagination was no different on that warm, sunny afternoon in Upstate New York.

“The bases are loaded and there are two outs at Yankee stadium. It’s the bottom of the ninth  – the Yanks are down by one. Jesse Miller is up to bat. He hasn’t been able to come through in the clutch so far this season. Too bad that this isn’t Maris’ spot in the line-up.  He’s been having one heck of a year.”

Jessie throws the ball in the air and makes contact with the baseball. The ball goes farther than he has ever hit it before. “Run Jessie run” his dog seems to pant. So run he does. All the way around the bases as he slides into home the ball comes whirling over  home plate – Too late! Jessie looks up with a grin as his friend Owen runs in to join the game.

“Nice hit Jessie – you parked that one. Wonder what you could have done with a real bat?”

When Jessie got home that night, his mother looked more drained than usual. That meant dad had been home at lunch and had taken what he wanted. Dad wasn’t home, fortunately, so he quickly cleaned up and loaded firewood in the stove; the only source of heat for the shack that they called home.

“How was your day Jessie”, his curly-haired sister asked.

“It was fine Barbie.” He flashed a smile toward the little sister he adored.

Just them he heard the door slam.

“You left a baseball and mitt outside. We paid good money for those things; they’ll be ruined,” his dad said as he smacked Jessie’s head with the back of his hand.

Jessie never made excuses to his dad. So he didn’t tell him that he had oiled his mitt and wanted it to dry before bringing it inside. He ran to get the mitt and ball and placed them in a brown box under the army cot that served as his bed.

Jessie worked hard at school so that he could play sports after school. When his father left during his freshman year of high school, Jessie’s mom tried to pull him out of school so that he could work full-time to support the family. The School Board intervened. Jessie was allowed to go to school but there wasn’t much time for sports. The School Board didn’t consider baseball a necessary part of Jessie’s education and mother made him get an after school job. Coach Bryant was kind and saw promise in Jessie. Whenever  Jessie could slip away or get a day off, he was allowed to practice with the team. Jessie continued to practice in the field by his house every evening until he couldn’t see his hands.

Then the summer of his junior year came, it was time to consider his options.

“I can run away and get a job somewhere. I can get a full-time summer job so mom can take every last penny I earn.  I can hang out with Danny and the guys. They make good money selling dope.  I can go to camp and play baseball most of the summer.”

Jessie dreamed of baseball from sun up until he passed out at night. The possibility of going to camp to play baseball was a dream- an impossible dream.

Mother waved mail in Jessie’s face one day, “This is for you.”

Jessie never got mail. He opened the envelope. He held a clean, white, type written letter in his hand. As he read it, his face glowed with a hope that had long been extinguished.

“Mother, I’ve been invited to attend a baseball camp down state for the summer. It doesn’t cost anything and there is a part-time job available for me to make money for you and sis.”

He wasn’t going to beg; he just clasped his hands together in hope.

“Well if you are gone, we will save money on food and I won’t have to worry about you causing no trouble with those boys you ben seein.”

Trying to hold back his excitement -he flatly said, “that means I can go?”

Jessie went down the street to his field and let out a huge whoop and holler. The next day he shared the news with Coach who smiled a knowing grin. He knew this summer would decide Jessie’s future. He hoped, as two other families who had pitched in for baseball camp, that Jessie would succeed.

“It’s the bottom of the ninth the Yanks are down by one. Jesse Miller is up to bat. He hasn’t been able  to come through in the clutch so far this season. Too bad that this isn’t … “Strike One. Ball Two… That kid needs to get focus… uh it’s a high-flying ball curved to left field… It’s gone!!!!”

The fans were standing, yelling, and clapping as Jessie slid into home (because he always did). Owen and Barbie were waving Yankee pennants as Jessie smiled his thanks. The boy with the stick was living his dream.

Check out  Glynn‘s  site for the Saturday Good Reads

Thanks to Bukutgirl for the baseball photo.

Thanks for the Yankee Jersey photo: NyCla

My Tweets
Join 4,420 other followers